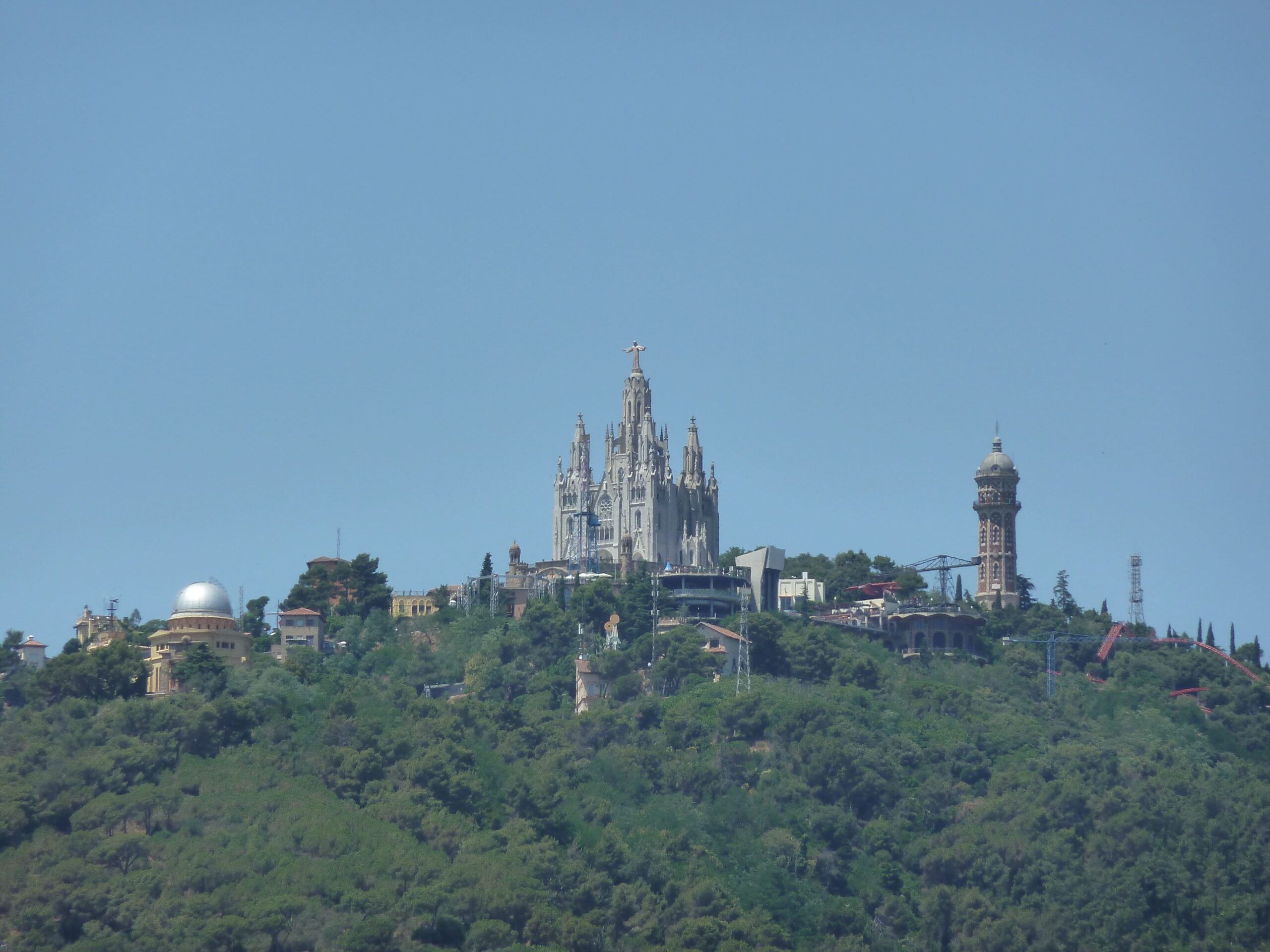 This area is one of the most important green spaces in the metropolitan region, in that it includes open space, an ecological reserve, and places for sporting and leisure-time activities. The neighborhood is located on a terrain in the Collserola Mountains and is formed by three different areas: Vallvidrera, Tibidabo and Les Planes.

Vallvidrera became part of Sarrià in 1890 and its history is linked to the church of Santa Maria de Vallvidrera, built between 1540 and 1587.

Urban development began in the second half of 19th century. The improvements in accessibility – the first road built in 1888, the ‘Tramway Blau’ in 1901, and the cable car in 1906 – allowed for the urban expansion that transformed this area into a vacation destination for Barcelona residents.

El Tibidabo is the highest peak in the Collserolla Mountains, and an important leisure-time space for the city since end of the 19th century when the Arrabassada Road was built in 1888.  Since then, a variety of facilities have been built: the Tibidado amusement park (1901), the Fabra Observatory (1902-1904) and the Expiatory Church of the Sacred Heart of Jesus (built between 1902 and 1961). In 1992, for the Olympic Games, a new telecommunication tower – designed by Norman Foster – was opened.

Les Planes, which includes the core areas of Mas Sauró, Mas Guimbau and el Rectoret, is located on the northwestern slope of the Collserola Mountains. At the beginning of the 20th century, with its hotels and restaurants, this area became a popular vacation destination for Barcelonians. Its transformation into a humble neighborhood with no urban planning began in the second half of the 20th century. In 1980, an urban renewal project was approved, but was not carried out until 1994.